The biggest risk to Investors 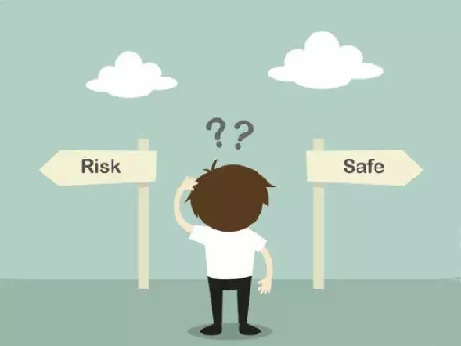 The biggest risk to Investors

The biggest risk to investors : their own capitulation especially as harsh market reality leads to investor fatigue

The last five years on the JSE have been incredibly hard. Investors in the local market have received returns only barely above inflation. As the graph below shows, this is one of the worst five-year periods on the local market in the last four and a half decades.

“If we look at rolling five-year returns going back to 1973, this is among the worst we have seen,” says Greg Hopkins, chief investment officer at PSG Asset Management. “Speaking to people over the last few weeks, there has been a lot of anger from our investor base because it’s just been such a difficult environment.” The poor returns are also only part of the story. Local investors are understandably worried about the state of the country. The economy is battling to register positive growth, consumers are under pressure, there are ongoing revelations about the extent of corruption in the public and private sectors, state-owned enterprises (SOEs) are under severe financial strain, and business confidence in the country is at its lowest in 40 years. “Our SOEs look like they are in intensive care,” Hopkins acknowledges. “Government finances are deteriorating on a daily basis, and on the ground it is tough. We’ve seen it in results from some of the retailers. Shoprite released results described as the worst in living memory. This is the harsh reality.”

Given this environment, the question asset managers are being asked most often at the moment is whether investors shouldn’t rather get out of the market and wait out the storm in cash. “It’s a tempting proposition, because there are so many dark clouds at the moment,” says Hopkins. “Given all this uncertainty, shouldn’t we be sitting in cash and waiting for the uncertainty to clear?” However, he believes that investors need to look at these tough conditions from a different perspective. “When we look out to the future we think the biggest risk to investors is not what happens in the election in a few months’ time, in our economy or the global environment, but investors’ capitulation,” Hopkins argues. “When you’ve had five years like this, when absolute returns have been poor, fatigue creeps in.” It’s understandable for investors to feel despondent given the weakness of the local market. But if one looks back at what has happened in the past following similar troughs, there is a clear pattern.

“Subsequent annualised returns from those low points averaged 24% for the next three years,” Hopkins points out. “The highest was around 40% returns from 2003. That was a stand-out period where you earned 40% a year for three years.” This was following the dotcom crash of 2001 and 2002. “A lot of conditions in the market now remind us of that period in 2002 and 2003,” Hopkins says. “Fear, uncertainty and poor visibility are often associated with low prices. And low prices bring opportunities.”

If this sounds counter-intuitive, that is because it is the nature of market cycles. Often the best time to be a buyer is when things appear to be at their worst. Because of the weak environment, there are many good companies that are not being recognised by the market. This has increased the chances for investors to find “above average quality companies at below average prices”. Hopkins says that a basket of South African-facing shares in the PSG Flexible Fund is currently sitting on a price-to-book multiple that is at a 16-year low. That means that on this metric valuations are lower than they were during even the global financial crisis. This is creating an asymmetrical return profile. 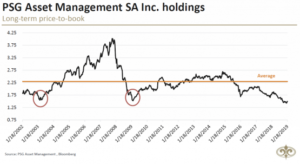 “It seems to us that there is less downside risk, because prices are already so low, and significant optionality if things just get a little less bad,” Hopkins says. The companies that sit in this basket include Old Mutual, Hudaco, Reunert, Super Group and AECI. “Hudaco has a fantastic track record of compounding shareholder returns at 20% a year over the last 20 years, far exceeding the average company on the stock exchange,” says Hopkins. “Yet it is trading at around 11 times earnings, which is a large discount to the average company at around 16 times earnings.” Reunert is trading at the lowest price-to-book it has since 2000. It is also at a dividend yield of around 7%. “Super Group is a company we’ve owned for a number of years, with a great management team,” says Hopkins. “It is now approaching valuations we last saw in 2012 when we first started buying it. The company has continued to grow its value and book earnings, but its price has been left behind.” Investors sitting in cash would be foregoing the kinds of opportunities these stocks currently present. It might feel more comfortable in the short term, but it could be substantially negative in the long term. “Capitulating and moving into cash could severely impact your ability to generate good returns in the future and achieve your long term financial goals,” Hopkins says.