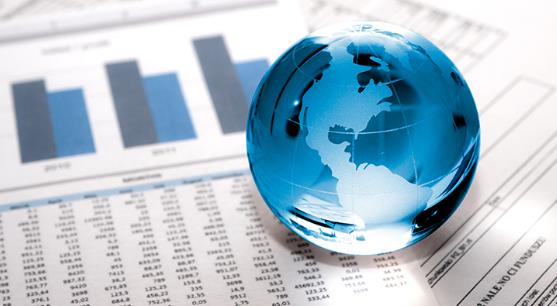 Trade tensions continued to escalate in August, creating a disparity in equity returns across European and Asian markets (which were broadly negative) and US stocks which continued to rally. Sentiment toward emerging markets and risk assets declined steadily on the back of growing concerns over Turkey and Argentina. The South African rand felt the contagion effect as the local currency lost over 10% against all major currencies. South African equities, however, ended the month marginally higher as the weaker rand lifted Resources and rand-hedge stocks.

In the US, economic growth notched up its best performance in nearly four years after the Commerce Department revised Q2 GDP up to 4.2% (annualised). US stock markets ended in positive territory following the announcement that the US and Mexico had concluded a bilateral trade deal to revamp the North American Free Trade Agreement. Talks with Canada, however, remained at a stalemate. Meanwhile, the much-anticipated trade negotiations between US and Chinese officials concluded without any major resolutions, as the two powerhouse economies activated another round of tariff hikes.

In the UK, pound strength, escalating trade tensions as well as Brexit-related uncertainties continued to weigh on investor sentiment. This was compounded by renewed uncertainty around the future leadership of the Bank of England (BoE). In August, the BoE increased interest rates above their financial crisis lows of 0.5% to 0.75% on the back of a strong labour market and credit growth. Eurozone inflation came in softer than expected at 2% year on year.

The US-China trade war continued to weigh on Chinese stocks, exacerbated by the new tariffs imposed on Chinese exports. The Hang Seng ended the month in negative territory at -2.1%. According to Bloomberg, Japan has now overtaken China as the second-largest stock market in the world.

Meanwhile, the oil price rose towards its highest price since early July thanks to a modest increase in output from OPEC. China’s independent refiners increased their imports of crude oil by 40%, while arguably the biggest catalyst for higher oil prices came from US sanctions on Iran’s energy sector, due to come into force in November.

In South Africa, the rand lost over 11% to the US dollar as concerns over Turkey and Argentina weighed on emerging-market (EM) currencies. Local data supported the sell-off, as the budget deficit in July came in at its highest levels since 2004, with Treasury predicting a shortfall of 3.6% of GDP for the current fiscal year. News that President Ramaphosa supported an amendment to the constitution that would allow the seizing of land without compensation, aggravated by President Trump’s exaggerated tweet about land seizures and white farmer killings, placed additional pressure on the currency, along with worries regarding policy uncertainty over mining governance. Meanwhile, South African inflation accelerated in July to its highest level in 10 months, with CPI inflation increasing to 5.1%

In more positive news, negotiations between Eskom and labour unions reached a conclusion with the signing of a three-year wage agreement, putting an end to the strike action that crippled the grid. Markets also reacted favourably to the news that the government will drop proposals to boost the country’s longer-term energy supply from nuclear plants in favour of renewable sources.

The rand pulled back from its gains in July, losing 11.7% against the US dollar, 11.0% against the euro, and 10.7% against the pound sterling. As for South African equities, the FTSE/JSE All Share Index returned 2.3% in August.