The trouble with switching in and out of funds 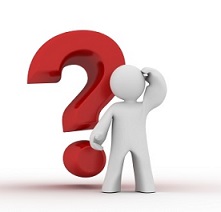 The trouble with switching in and out of funds

During periods of underperformance, even the most experienced investors get tempted to switch funds in search of better returns. However, switching funds in response to short-term market conditions can jinx your investment success over the long term.

After a flat few years, 2018 was particularly difficult for local investors, with the FTSE/JSE All Share Index returning -8.5%. To add to the woe, price declines in other asset classes contributed to overall negative performance.

During these periods, like many other investors, you may get tempted to switch out of a fund that is doing poorly and buy into another fund that is doing relatively better. While this may appear to be a sensible way to protect your investment, or generate better returns, switching funds during poor performance inevitably destroys the value of your investment. This is because, in order to switch,  you have to sell your units, which often locks in the underperformance of the fund you are switching out of. At the same time, the fund that you switch to may not be positioned to repeat its good performance of the past in the future. In effect, by switching you are often selling and buying at exactly the wrong time.  Switching could also cost you in fees and taxes. As switching involves the sale of an asset, the transaction could trigger capital gains tax. In addition, the fund you are switching to may charge initial fees.

To make money when switching funds, you have to be able to accurately pick the best times to enter and leave the market – something which is nearly impossible to do because of market movements: Markets can swing wildly from day to day in response to a variety of unpredictable factors. We also often base our decision to switch on reasons that may lead us down the wrong path. These include:

The biggest culprit in making poor decisions is our emotions. When performance dips, we throw out our carefully considered investment strategies and switch funds. Alternatively, we hold back on making investment decisions until there is enough positive movement to reassure us that we won’t get burnt. But basing investment decisions on emotions often leads to taking action that will permanently lock in losses, or missing the best time to invest. Market volatility is part of investing. Your role as an investor is to pick a unit trust on the basis that it suits  your needs and objectives and that you can trust the fund manager – not merely on account of recent performance. And if you can control your emotions, and hold on to that investment through the volatility, you are likely to enjoy good returns over the long term.

Investors looking for the next opportunity often turn to macroeconomic factors, hoping that these suggest whether markets will or will not deliver strong returns. However, various studies have shown there is no correlation between economic growth and share returns. Using data from 46 countries, researchers from US-based investment management company Vanguard found that the average equity market return (4.0%) of the countries with the three highest GDP growth rates was slightly below the average return (4.2%) of the countries with the three lowest GDP rates, despite a considerable difference between those rates (8.0% per year vs 1.6%). This conclusively shows that there is a weak relationship between market returns and GDP growth.

In the end, what determines the success of your investment is the price that you pay for an asset, and how much you ultimately sell it for.

In his 2007 book, The Black Swan, former trader and risk analyst Nassim Nicholas Taleb revived a metaphor first used by Roman poets long ago: “black swans” – incredibly rare events that are difficult to predict and can have a major effect on markets and investments. Examples of black swans include the September 11 attacks, the sudden collapse of the rand in 2001, and most recently, Brexit – when European markets fell sharply at the end of June 2016 after the British voted to exit from the European Union (EU). Brexit is a classic example of a black swan because, firstly, no one predicted the result – it was largely expected that the British would vote to remain in  the EU and markets would continue their upward growth – and secondly, it had a massive impact on global markets, wiping out nearly US$2 billion of value. Black swan events are more common than we think, and the impact on your portfolio can be quite significant. However, they are highly unpredictable, and it is not a good idea to base your investment decisions on what could “possibly/maybe/probably” happen. Remaining invested when faced with the poor performance of the last 12 months will take grit. But if you can steady your emotions, and remember that periods of poor performance have historically been followed by good performance, you can ride out this particularly difficult period and enjoy good returns in the future. At the end of the day, the old adage is true: Time in the market is better than timing the market.

When should you consider switching?

Of course, there are times when changing from one investment to another is a good idea. There are three main prompts:

If your objectives change

The ideal time to review your unit trust selection is when your objectives change. For example, when you are young and working and have few dependants, your portfolio may include a high proportion of growth assets, like equities that have the potential for higher returns over the long term. However, if over time you are more dependent on your investments to pay for school fees or supporting ageing parents, you may want to switch to funds that balance growth and stability.

If you have lost faith in your fund manager’s performance

At some point, every fund and fund manager will go through a period of underperformance. Your fund’s factsheet will include annualised returns over 1-year, 5-year, 10-year and longer periods. It is best to look at longer-term performance because one year is not a long enough time to assess overall performance. Some analysts believe that even three years is not a sufficient time period and that 5-year and 10-year returns are a better gauge of how the fund will perform. If after studying the factsheet you realise that your fund seems to be perpetually underperforming over the long term and that you have lost faith in your fund manager as a result, then it may be time to review your selection. The same goes if your fund consistently underperforms its benchmark. If the fund has changed. Take a look at the factsheet to check whether the reasons you originally invested are still valid:

Has the fund’s objective changed?

Has your fund manager changed? Are they applying the same investment philosophy that produced the fund’s long-term record? If you are not comfortable with what you see, it may be time to switch.