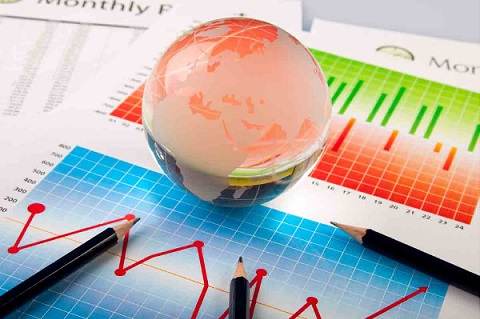 Global equity markets retreated in April over rising concerns of a slowdown in global growth, high inflation and further policy tightening from major central banks. Further pressure came in the form of supply disruptions stemming from the Russia-Ukraine war and increased sanctions imposed on Russia by Western nations. In the US, a contraction in economic growth weighed on investor sentiment, as did hawkish comments from the Federal Reserve in the wake of inflation reaching a 40-year high.

In Europe, the ECB reiterated that its pandemic asset purchase programme would conclude into the third quarter of this year, followed by the prospect of increased interest rates to curb inflationary pressures.

Meanwhile, in South Africa, devasting floods across parts of the country and the reintroduction of nationwide loadshedding sparked concerns over the country’s economic growth prospects.

Looking at global equity market returns (all in US$), the MSCI All Country World Index returned -8.0% for the month. Emerging markets outperformed developed markets, with the MSCI Emerging Markets Index delivering -5.6% and the MSCI World Index returning -8.3%.

The spot price of Brent crude oil closed the month 1.3% higher at around US$109 per barrel, muted by concerns over a slowdown in economic growth in China and further supply disruptions following an EU ban on Russian crude.

In the US, annual inflation accelerated to 8.5% in March, the highest reading since December 1981 and well above the 7.9% posted in February. In relatively hawkish comments, Federal Reserve Chairman Jerome Powell reiterated the central bank’s commitment to curbing inflationary pressures, while alluding to the possibility of a 50bp interest rate hike in May. Taken together with the still-tight job market, the yield on the 10-year US Treasury bill rose to a three-year high of 2.98% during April.

In other news, the US economy contracted by an annualised 1.4% q/q in Q1 2022, well below market forecasts of a 1.1% expansion, primarily due to a near-record trade deficit and a decline in inventory investment.

In South Africa, concerns persisted over the country’s economic recovery following the devastating floods in Kwa-Zulu Natal and parts of the Eastern Cape. President Cyril Ramaphosa declared a National State of Disaster following the event, which is estimated to have cost the country around R17bn in damages. Further weighing on investor sentiment was the prospect of a fifth wave of Covid-19 infections, and the news that Eskom would begin reimplementing nationwide loadshedding.

In more positive news, Moody’s Investors Service revised South Africa’s sovereign credit rating outlook from negative to stable and affirmed its debt grade at ‘Ba2’. The key drivers behind the revision included an improved fiscal outlook and the likelihood of the government’s debt burden stabilising over the medium term.

Annual inflation rose to 5.9% y/y in March from 5.7% in February, still well above the midpoint of the SARB’s 3-6% target range, but well below that of the US and many other countries.

The FTSE/JSE ALSI returned -3.7% in April. All major sectors were in the red, with Financials returning -6.1%, Resources -4.8%, Industrials -1.7% and Listed Property -1.5%. The FTSE/JSE Capped SWIX All Share Index, which we use as the equity benchmark for most of our client mandates, returned -3.9%. SA bonds (as measured by the FTSE/JSE All Bond Index) delivered -1.7%, SA inflation-linked bonds returned 1.9% and cash (as measured by the STeFI Composite) delivered 0.4%.

Finally, the rand depreciated sharply against all major currencies, falling 8.2% against the US dollar, 3.3% against the pound sterling, and 2.7% against the euro, as investors bet that US interest rates would have to rise faster than the current outlook. This would have boosted SA investors’ foreign currency investment returns for the month.

Annual inflation in the UK increased to 7% in March, above market forecasts of a 6.7% rise and marking the highest reading since March 1992. The largest upward pressure came from motor fuels and petrol costs following supply disruptions brought on by the Russia-Ukraine war.

The Euro Area economy expanded by an annualised 0.2% q/q in Q1 2022, below market expectations of a 0.3% advance. Growth in Spain (0.3%) and Germany (0.2%) more than offset a contraction in Italy (-0.2%) while the French economy was flat. Annual inflation rose to a fresh record high of 7.5% in April from 7.4% in March, well above the ECB’s 2% target, as the Russia-Ukraine war continued to push commodity prices higher. Meanwhile, the ECB confirmed that net asset purchases would be concluded into the third quarter, and that any adjustments to the interest rate would take place thereafter and would be gradual.

The Chinese economy grew by a seasonally adjusted 1.3% q/q in Q1 2022, above market estimates of a 0.6% expansion. With the government having launched several fiscal stimulus programmes since the beginning of the year, China’s economy is expected to continue its recovery despite multiple headwinds locally and abroad, such as the resurgence of Covid-19 cases and the government’s harsh containment measures. In April, the PBoC cut its benchmark reserve requirement ratio for all banks by 25bps in an effort to boost their long-term funds, but kept borrowing costs of its medium-term lending facility steady for the third straight month. Annual inflation rose to 1.5% in March, above market estimates of a 1.2% increase. Meanwhile, China’s retail trade declined by 3.5% y/y in March, compared with market expectations of a 1.6% fall as consumption weakened in the wake of a sharp rise in new Covid-19 cases.

In Japan, the BoJ left its key short-term interest rate unchanged at -0.1% and its 10-year bond yields around 0% during its April meeting. The central bank said it will offer to buy unlimited amounts of 10-year government bonds at a fixed rate of 0.25% in an attempt to defend its 0% yield target. Meanwhile, the BoJ said Japan’s economy is expected to recover at a slower pace amid headwinds from a resurgence in Covid-19 cases and the sharp rise in commodity prices. While in other news, Japan’s CPI rose by 1.2% y/y in March, the most since October 2018, and well above the 0.9% increase posted a month earlier.