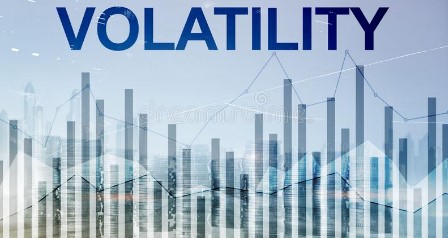 Volatility won’t disappear; it’s about how you manage it.

The below is from an interview between Ciaran Ryan and Adriaan Pask, chief investment officer at PSG Wealth.

CIARAN RYAN: Volatility is one thing that is certain about markets and is part of every person’s investment journey. While market swings can be uncomfortable, they should not distract investors from their long-term goals. Risk-averse investors can be tempted to act quickly, but fear often leads to bad investment decisions. Therefore investors should not fear, but plan for this volatility instead.

Joining us to discuss this and other market developments is Adriaan Pask, chief investment officer at PSG Wealth. Hi, Adriaan. Investment managers often say that volatility is inevitable, but can you provide some context behind it? What is actually the cause of the current volatility we’re seeing in the market?

ADRIAAN PASK: Thank you, Ciaran, and thanks again for having me. I think it’s definitely a case of saying volatility to a certain extent is inevitable, especially if you are focusing on long-term investment. So if you look at the different asset classes, for example, there are not many of them that will be able to give you a real return – a positive return; something that’s in excess of inflation over the long term – without assuming some level of risk. And with that risk it’s easily seen through volatility. That’s generally how our risk presents itself.

That makes investing over the long term from time to time a bit of an uncomfortable exercise, because you need to [get through] that volatile period. There’s no way to get around that. That really begs the question as to what realistic expectations are, in terms of volatility, and how you should deal with that. Preparation is a key component in that conversation in terms of how you should interpret your plan in relation to your asset allocation and the volatility that would come with that.

More recently, if you look at the last few months in particular, things have been increasingly volatile. We’ve seen things around the Chinese [crackdown] regulations taking place. The biggest stocks on our local exchange, Naspers and Prosus, [are] inevitably affected through their exposure [to] Tencent. Shortly following that [is] obviously more attention on these variable interest entities, and some concerns around how the mechanics of those work and whether investors are probably exposed to more risk than is generally perceived out there.

And then, to add the cherry on top of the Chinese story, there was the Evergrande trick, where it announced a potential default on some of its debts. That’s been a great source of volatility from China into emerging markets, in particular South Africa.

And then we also saw the ECB [European Central Bank] come out with more hawkish comments around tapering off, higher interest rates. The Fed has done the same. We’ve seen hurricane season in the US, the Gulf of Mexico region having its impact on oil prices as well. Opec [the Organisation of the Petroleum Exporting Countries] came out with their production policy to say that they will continue to restrain the supply side a little bit.

And then, in terms of the bigger picture, if you look globally, civil unrest and protests have also flared up quite significantly, so you are dealing with a frustrated civil society at the moment.

All these things obviously impact supply chains and sentiment, so there’s a lot of volatility around at the moment, for sure.

CIARAN RYAN: Do you think that volatility is going to be part of the markets for the time being and going forward – or is there some end in sight here?

ADRIAAN PASK: I think it’s just one of those natural characteristics that you need to accept. It’s more a case of how you manage it. I can’t see volatility disappearing. It’s one of those things that might be more elevated at some periods of time and maybe less so at other periods of time. But, at the same time, if you go through a period of less volatility it also means that the next volatile [period] is also just around the corner.

CIARAN RYAN: Just looking to the broader market trends that we are observing at the moment, what concerns [do you have] regarding the broader economic environment that we’re in and future sources of volatility?

ADRIAAN PASK: That’s a good question. The things that worry us most would be interlinked topics of discussion and research.

First and foremost, US valuations are a concern for us, so some of the index-heavy counters in the S&P 500 remain a concern. Essentially valuations are so high that we think it’s highly unlikely that we will see further multiple expansion. If anything, the earnings will grow into valuations.

So I think we might be heading towards a more dormant period in US counters. There are always exceptions on indices, but generally speaking from S&P level – the S&P 500 level – we don’t think that there is significant upside.

And with that, long-duration stocks – these are exactly the ones that typically price in quite a lot of growth going forward, so the stocks that don’t really see any constraints in terms of growth taking place in the US or elsewhere – are seen to defy gravity. They operate in their own ecosystem, where they can continue growing by the base of growth that we’ve seen more recently – something like Facebook coming out with a 100% increase in earnings, for example. So if you’re going to extrapolate that type of pace going forward, you might run into a problem.

And then of course interest rates and inflation have been a hot topic for a prolonged period of time.

We know [that] if we see inflation pick up, interest rates will have to normalise – the tapering discussion that will precede any interest-rate hikes [is] already part of the debate. I mentioned what the ECB is saying at the moment. The Fed is saying similar things around that tapering, and it seems to be happening a lot sooner than what was generally anticipated.

These are all things that will set growth back, at least in terms of the pace at which it’s taking place, and if interest rates go up, those long-duration stocks are essentially discounted with higher discount rates. So essentially analysts will need to adjust their models and this will show that these stocks are maybe not worth what they are currently pricing for – which is pricing in quite a lot of optimistic outlook.

So, in a nutshell: US valuations, long-duration stocks, interest rates then tapering [are future sources of volatility].

CIARAN RYAN: Assuming that volatility is going to be around for a while, what can investors do to get a sense of control over their investments, regardless of what’s happening in the markets?

ADRIAAN PASK: From an investment perspective, there’s always diversification, making sure that you’ve got a decent spread of exposure to various equity counters, asset classes – if that fits your profile – regions, and so on. It’s really making sure you’ve got a very wide spread so that you’re not caught by anything specific on a stock-specific level or a regional level and the like.

But I think the mindset is an often-overlooked area.

So, if your expectation is to have a certain level of volatility which is maybe mistaken, then should that volatility come through at elevated levels, I think it increases your chances of making significant mistakes. People typically then try to react and fix something. Where if you, to an extent, can make peace with the nature of the asset class that you’re investing in – so equities are volatile by nature, and if you understand the characteristics of the beast, then you can say ‘Well, equities in general would experience a 15% drop at least once or twice per annum; that’s going to be part of my journey, and I need to accept that’.

Over a five-year period, I might see a pullback of roughly 40% or more once and potentially even twice. I will have to see that through – and how will I react in that situation? Am I going to take everything to cash, which is typically the mistake that’s often made in that environment, or will I use it as an opportunity to actually buy in and increase my exposure?

So I think it puts you on the front foot if you have that mindset, and you’ve done your preparation and you’ve got realistic expectations. Then you have to do less on the diversification side, actually, because you are well prepared. Whereas, if you’re not well prepared, the diversification will help you, but at the same time I don’t think it addresses the full extent of the problem.

So, for me, I think the mindset, reasonable expectations, and preparations are the three key words in terms of understanding volatility and how you deal with that in your portfolio.