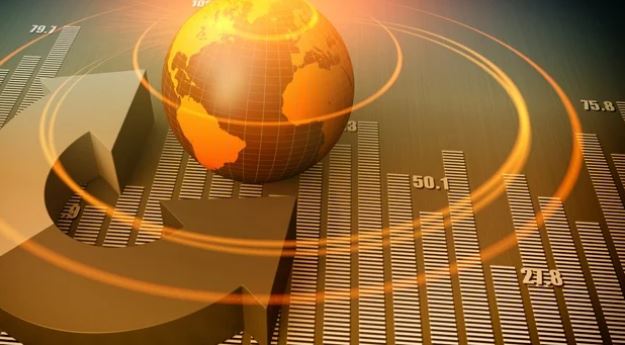 The below Market Snapshot provides an overview of key events that influenced financial markets over the course of June 2021.

Global equity markets were mixed in June, as concerns over rising inflation, tighter monetary policies, and a rise in new Covid-19 infections appeared to be the major drivers behind market sentiment. There was some reprieve in the US, however, with President Biden announcing a new $1.2 trillion infrastructure deal and the Federal Reserve downplaying inflationary concerns. However, increased lockdown measures across Europe and South Africa to help curb the spread of the more contagious Delta variant, saw many investors fleeing to the safety of less-risky alternatives.

Looking at global equity market returns (all in US$), the MSCI All Country World Index returned 1.4% for the month. Developed markets outperformed emerging markets, with the MSCI World Index returning 1.5% and the MSCI Emerging Markets Index delivering 0.2%.

The spot price of Brent crude oil closed June 8.4% higher from the previous month at around US$74 per barrel over potential supply constraints due to an increase in demand.

In the US, sentiment lifted after President Biden and a bipartisan group of US Senators closed a deal on an infrastructure initiative worth $1.2 trillion, while concerns over policy tightening eased after the US Federal Reserve reassured financial markets that the recent spike in inflation was temporary.

Annual inflation in the US accelerated to 5% in May from 4.2% in April, above market forecasts of 4.7% and marking the highest reading since August 2008 (largely due to a low base effect). Inflationary pressure, however, remained a concern following the continued acceleration of economic activity, with strong consumer demand, soaring commodity prices, supply constraints and higher wages all weighing on the price index.

Meanwhile, the Fed left the target range for its federal funds rate unchanged at 0-0.25% in June, signalling the possibility of two increases by the end of 2023. New forecasts suggest that the US economy will grow by 7% in 2021 (up from March’s projection of 6.5%), while 2022 was left unchanged at 3.3%. Officials noted that progress with the vaccination rollout and strong policy support will likely increase economic activity and employment. Employers have already started voicing their concerns over their inability to find enough workers to respond to growing demand.

In South Africa, President Ramaphosa announced a 14-day Level 4 lockdown amid a sharp rise in new Covid-19 cases, driven by the more transmissible Delta variant. The government has recently come under criticism due to delays in its vaccination rollout and failure to secure sufficient doses. Sentiment was further dented after healthcare officials were required to destroy at least 2 million Johnson & Johnson vaccines following contamination concerns at one of the pharmaceutical production sites in the US.

In more positive news, South Africa’s economy grew by an annualised 4.6% in Q1 2021, following a downwardly revised 5.8% advance in the previous quarter and easily beating market expectations of a 2.5% increase. Eight out of ten industries reported positive growth in the first quarter, with the most significant contributions coming from the mining (18.1%), finance (7.4%) and trade (6.2%) sectors. Annual inflation climbed to 5.2% in May from 4.4% in April, largely in line with market expectations and above the midpoint of the SARB’s 3-6% target range. The increase marked the highest inflation reading since November 2018, however this was largely due to last year’s low base. Meanwhile, South Africa’s trade surplus rose to R54.60 billion in May, beating market expectations of R46.5 billion and marking the largest monthly trade surplus on record.

In the UK, the Bank of England kept its benchmark interest rate on hold at a record low of 0.1% in June and left its bond-buying programme unchanged as widely expected. The central bank reiterated its intention to keep its monetary policy unchanged in the short term, warning against “premature tightening” until there is clear evidence that significant progress has been made to eliminate spare capacity and to bring inflation within the 2% target. Inflation climbed to 2.1% y/y in May, above market expectations of a 1.8% increase.

Turning to economic indicators, the labour market continued to show signs of recovery after the unemployment rate fell to 4.7% for the three months ending April 2021. This was largely supported by the relaxation of lockdown restrictions, rapid vaccination rollouts, and the government’s furlough scheme which will run until the end of September.

Elsewhere, the European Central Bank (ECB) left its monetary policy unchanged in June, raising its GDP projections for 2021 and 2022 to 4.6% and 4.7% respectively. Sentiment lifted after ECB President Christine Lagarde suggested that the region could expect a stronger economic recovery following brighter prospects for global demand and a faster-than-anticipated increase in consumer spending, downplaying the likelihood of tighter monetary policies. Meanwhile, Euro Area unemployment edged down to 7.9% in May, its lowest level in 12 months.

The People’s Bank of China (PBoC) left its benchmark interest rates unchanged for the 14th straight month in June, as the economy continues to recover from the downturn caused by the Covid-19 pandemic. Negative manufacturing data weighed on investor sentiment. On the global front, tensions between the US and China resurfaced after the US blacklisted five Chinese firms over alleged human rights abuses in Xinjiang. Beijing responded by saying that it would take all necessary measures to safeguard the legitimate interests of Chinese companies.

Turning to Japan, the Bank of Japan left its key short-term interest rate unchanged at -0.1% and maintained the target for the 10-year Japanese government bond yield at around 0% in June. The central bank also extended the deadline for its pandemic-relief programme by six months, while introducing a new scheme to support financial institutions that invest in climate change issues. The country, however, continues to battle against a rise in new Covid-19 infections, with Minister Yasutoshi Nishimura noting that another state of emergency could be declared following signs of a resurgence in Covid-19 infections.