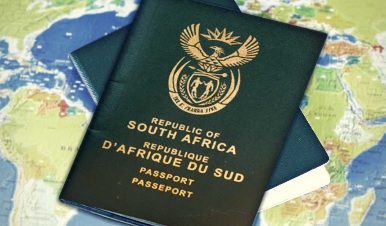 South African citizens will soon be able to move up to R10 million out of South Africa without the intense scrutiny of the South African Revenue Service (Sars), under a new plan announced by finance minister Tito Mboweni as part of the 2020 Budget.

South Africans could previously easily move money out of the country – as long as they had been granted “financial emigration”.

Such “financial emigration”, for SA Reserve Bank purposes, was only granted when an individual could prove that they had residency in another country.

But that entire system will now be phased out by March 2021, the Treasury said in documents released alongside Mboweni’s speech – as SA’s entire foreign-exchange regime is turned on its head.

Since 1933, Treasury said, foreign exchange transactions had been banned by default, with only a specific list of exceptions. This, it said, made for an onerous approval process necessary for even small individual transactions, such as for travel.

“The intention is to remove the exchange control rules for individuals to allow individuals who work abroad more flexibility, provided funds are legitimately sourced and the individual is in good standing with the South African Revenue Service,” the national treasury said.

Under the new plan, emigrants and residents in SA will be treated the same when it comes to exchange control – and anyone will face intense scrutiny only when transferring more than R10 million out of the country.

Those who exceed the limit may also face a risk management test that will include certification of tax status and the source of funds, and assurance that the individual complies with anti-money laundering and countering terror financing requirements.

Under the new regime individuals working outside of South Africa will only be able to avoid paying tax on income earn above R1.25 million when they’ve been granted permanent residency in another country, Mazars’s Machutchon said.

“We look forward to seeing the detailed changes to be published by the SARB to see how it will be implemented,” Machutchon said.