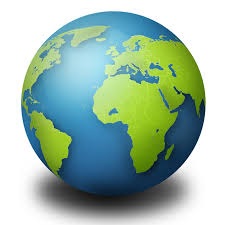 If one is planning to move abroad, there are serious financial considerations to take into account if one wants to avoid nasty surprises later, cautions Theunis Ehlers, a director at Citadel Fiduciary.

“Changing tax residency is based on a number of factors which give evidence to whether you are ‘ordinarily resident’ in SA or not.”

Furthermore, a double tax agreement with the other country may also play a role in determining tax residency.

“You may think that if you move offshore, but do not formally emigrate from SA, you will still be considered a tax resident here,” says Ehlers.

“But whether you formally emigrate or not, it means that you may have unintentionally given up your tax residency in SA by moving abroad, triggering certain tax implications.”

This could include a capital gains tax (CGT) situation on all your worldwide assets, excluding only certain assets such as a South African fixed property.

Estate planning and inheritances
Often, when children move offshore, they never emigrate formally from a financial surveillance perspective, according to Ehlers.

This means that, should you leave your estate to your children, the executor of your estate would not be able to transfer their inheritance directly offshore. Instead, your children would need to return to SA and use other mechanisms to facilitate the transfer of assets.

Trusts
In his view, trusts are a key issue to be aware of as part of financial planning when moving abroad.

“Keep in mind that the jurisdiction you are moving to may treat trusts and the benefits received from them in a completely different manner from SA law,” he says.

“In the US and Australia, for instance, there may be quite large penalties, as well as interest and tax implications for the beneficiaries of offshore (South African) trusts.”

Wills
It is important to bear in mind that, while your Will may be valid in South Africa, it may not be practical or efficient to administer and execute in another jurisdiction.

“In common law countries, such as the UK, where there are similarities to certain SA legal concepts, South African Wills and assets in that jurisdiction, belonging to South Africans, tend to be easier to administer,” explains Ehlers.

“However, civil law countries are very different, as they may have rules involving forced succession, or other restrictions on inheritances and what may be addressed and dealt with in your will.”

Ehlers advises that he has come across cases of people who have taken up “golden visa” opportunities for Europe only to be met with some unexpected consequences.

A so-called golden visa offers permanent residency to individuals who invest – often through the purchase of property – a certain sum of money in the issuing country.

“For instance, there are instances of individuals who moved to Portugal only to realise that one of the requirements is to become proficient in Portuguese at a first-year university level within seven years,” he says.

“Before making any decisions, it is important that you obtain professional advice and research your options thoroughly.”