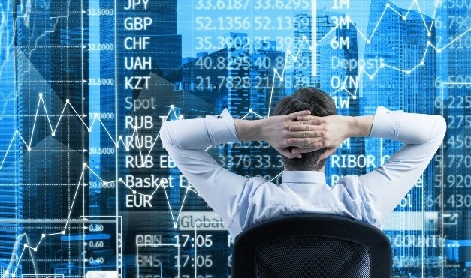 Global equity markets rallied in October, buoyed by progress in the trade-war negotiations between the US and China. Positive news also came in the form of a further interest rate cut by the US Federal Reserve and the UK nearly passing a new Brexit deal.

In South Africa, Resources surged on the back of a weaker rand following a disappointing Medium-Term Budget Policy Statement. The broad-based global risk-on sentiment helped boost emerging markets, with the local bourse closing the month in the black in spite of Moody’s downgrading SA’s credit rating outlook from stable to negative.

In the US, investors reacted positively to the decision by the Federal Reserve (Fed) to cut interest rates by 0.25% to a range of 1.5% – 1.7%, marking the third rate cut for the year. Fed chairman Jerome Powell suggested a possible pause in further rate cuts, and his comments were seen as marginally hawkish after he stated that the risks to the outlook had moved in a positive direction.

Arguably the largest driver behind the global risk-on sentiment came after President Trump announced that negotiators between the US and China had reached a “Phase 1” agreement. The first phase of the multi-tiered approach will see China reportedly purchase US$40-50bn in US agricultural products annually, strengthen intellectual property provisions, and issue new guidelines on how it manages its currency.

In economic news, the US trade deficit narrowed with exports contracting, unemployment decreased, US Manufacturing PMI was revised higher while consumer spending increased.

In the UK, PM Boris Johnson finally managed to have his Withdrawal Agreement Bill (WAB) agreed to by the EU and passed by the House of Commons, marking the first time in three years that lawmakers agreed on a way forward. However, Parliament did stipulate an extension for a formal Brexit from the EU to 31 January 2020. Johnson subsequently called for an early election on 12 December in the hope of restoring the Conservative Party’s majority, thereby increasing the likelihood of having his deal pushed through before the deadline.

In the EU, GDP grew by a modest 0.2%, the ECB left rates unchanged at -0.5%, in line with market expectations, however offered a gloomy outlook for the Eurozone economy. In his farewell speech, outgoing ECB president Mario Draghi noted that while the economic outlook for the second half of this year remains moderately positive, weakness in international trade was denting manufacturing activity in the euro area, as well as business investment. The ECB expects GDP for the region to grow 1.1% in 2019 and 1.2% in 2020.

In addition to the above-mentioned measures, China and the US reportedly approached an agreement to roll back certain existing trade tariffs between the two nations.

The impact of the trade war has continued to negatively impact China’s economy, which reduced the annual growth rate to 6.0%.

The Bank of Japan (BOJ) left its short-term policy rate for excess reserves on hold at -0.1% in line with the consensus forecast. The BoJ advised that rates will stay at or below current levels for as long as needed to keep up inflation, after having previously stated that it would keep rates at current levels until early 2020.

The rand fell 2.4% against the US dollar, its sharpest decline in more than a year, after Finance Minister Tito Mboweni delivered his Medium-Term Budget Policy Statement (MTBS) at month-end. The MTBS painted a grim picture of the economy, in which Mboweni forecasted the budget deficit to reach 5.9% of GDP this fiscal year, its highest level since 2009/2010 and well above the previous estimate of 4.5%, while gross government debt is projected to increase from 60.8% of GDP in the current fiscal year to 71.3% in 2022/23. The economic growth forecast for 2019 was also revised down to 0.5% from 1.5%, increasing incrementally to 2.1% in 2021.

Ratings agency Moody’s Investors Services revised its outlook on the SA government’s credit rating from “stable” to “negative”, signalling a warning that a downgrade could follow in the next 12-18 months. A downgrade to “junk” status would likely trigger large outflows from government bonds, as SA debt would be removed from the World Government Bond Index. However, in some respite for investors, Moody’s left SA’s sovereign debt at Baa3, its lowest investment grade.

Meanwhile, Eskom announced that it would reintroduce nationwide power cuts, citing break-downs at some of its coal-burning plants as the reason behind the load-shedding. The rand inched lower at the news, however recovered somewhat after the government announced that Cabinet had approved a long-delayed plan for electricity generation. The plans for additional power generation over the next decade will involve a variety of energy sources, including renewable energy.