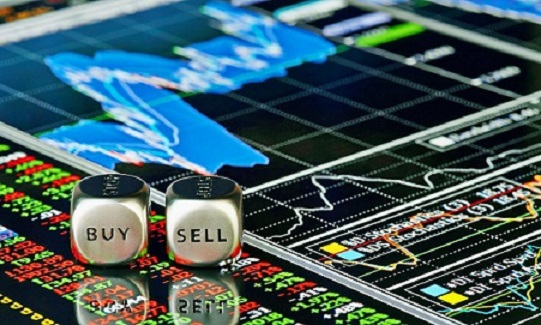 Global equity returns were more muted in September than previous months, with developed markets largely flat due to escalating trade tensions and political uncertainty in Europe. Emerging markets were mixed, as declining sentiment towards risky assets weighed on equity returns. Turkey and Argentina were the noticeable outliers, however, offsetting some of last month’s major losses as they continued making strides towards rebuilding their economies. The local bourse closed the month in the red in spite of President Ramaphosa’s stimulus plan to boost the economy and the much-anticipated approval of the revised mining charter. The rand, meanwhile, continued to surprise the market as it firmed against major currencies from its oversold position.

In the US, the central bank hiked its key interest rate by 0.25% (from 2.00% – 2.25%), in line with market expectations. The Fed cited strong economic growth and improved employment data among the main drivers behind the decision, with an additional hike likely before the end of the year. The Fed’s bullish view on the economy created renewed optimism towards US stocks and demand for the US dollar, offsetting earlier news that the US trade deficit had reached its highest levels in five months. Tensions between the US and China continued to escalate following accusations from President Trump that China had meddled in the upcoming US elections.

The Bank of England (BoE) left interest rates unchanged at 0.75% in September, stating that future increases are likely to be gradual as the central bank monitors Brexit developments. Brexit negotiations continued to press on investor sentiment, with heightened public infighting among the government’s Tory party and credit rating agency Moody’s warning that Britain’s economy could slump to a recession if the country leaves the EU without a deal – hinting at the prospect of future downgrades. Sterling came under pressure following the release of poor economic data and business confidence reaching a 22-month low and inflation increasing to 2.7%.

In Europe, news that Italy had gone against the EU’s recommendations by setting a higher budget deficit target of 2.4% of GDP weighed on the Milan exchange, pushing the euro and European stocks lower. Italy’s debt levels currently stand at around 131% of GDP, second only to Greece. In Asia, Chinese stocks continued to suffer under the restrictions of US trade tariffs. Japanese shares, meanwhile, surged to a 27-year high on the back of rising US yields, a weakening yen and improved prospects for corporate earnings. In Turkey, demand for the lira grew after the central bank hiked its benchmark interest rate to 24% (up from 17.75%) in a bid to stabilise conditions following the lira’s significant depreciation and inflation increased to 17.9% last month.

In South Africa, the combination of poor economic data, international trade war tensions, rising interest rates in the US and uncertainty around land expropriation weighed on the local bourse. Stats SA confirmed that the country had slipped into a technical recession after real GDP contracted by 0.7% in the second quarter of the year. Credit rating agency Moody’s cut its estimate for South Africa’s 2018 GDP growth from 1.5% to between 0.7% – 1.0%.  Business confidence declined to its lowest level this year. The SARB, meanwhile, in a close vote, opted to keep the repo rate unchanged at 6.5% despite the deteriorating inflation outlook, and also cut its GDP growth forecasts in 2018 to 0.7%

In more positive news, CPI for August came in marginally lower than expected at 4.9% compared to July’s 5.1%. President Ramaphosa announced his stimulus plan to boost the country’s economy. The plan is set to iron out some of the major issues hindering economic growth and investment, with a particular focus on key items such as accelerated infrastructure development, job creation and mining reform. Confidence in the mining sector gained traction following the news that the revised Mining Charter had been approved, with Parliament deciding to shelve the contentious Mineral and Petroleum Resources Development Act Amendment Bill.

As for South African equities, the FTSE/JSE All Share Index returned -4.2% in September.