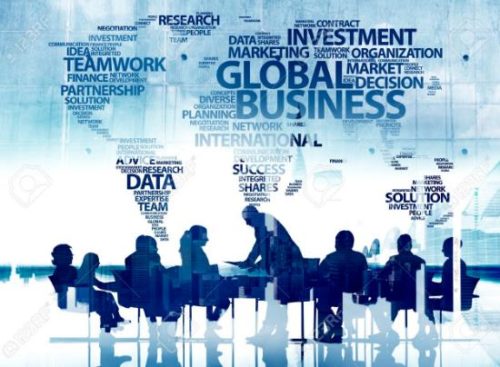 Global equity markets remained volatile in April, as investors continued to be concerned about the prospects of a US-Europe-China trade war following tit-for-tat tariff proposals announced. A rising oil price also renewed worries over accelerating inflation and therefore higher interest rates, which pushed US bond yields higher. Rising yields also supported the US dollar, which gained ground against most currencies over the month. At the same time, however, company earnings reports remained strong, as did US economic indicators. March CPI was announced at 2.4%.

Globally, fundamentals remained positive as China reported Q1 GDP growth at a faster-than-expected 6.8% (q/q) thanks to strong consumer demand and government infrastructure spending. Europe looked to be maintaining a steady growth path amid signs that Germany recorded a pause in its growth momentum, while the European Central Bank kept rates on hold and signalled its reluctance to tighten monetary policy at a faster pace. The UK continued in its slow-growth state, with only 0.4% q/q GDP growth in Q4 2017 – it is projected to post around the same rate in 2018 as Brexit uncertainty constrains investment.

In South Africa, a weaker rand and rising oil price in April combined to dim the brighter outlook for the economy to a certain extent. Although CPI inflation fell to a seven-year low at 3.8% y/y in March (lower than expected), the inflationary impact of oil and a depreciating currency lowered the chances of further interest rate cuts by the SA Reserve Bank in the coming months. The SARB also signaled its reluctance to cut rates further, emphasizing that it would aim to bring inflation expectations down to the 4.5% mid-point of its targeted 3-6% inflation band – rather than simply within the band.

President Ramaphosa, top cabinet members and business executives embarked on an effort to raise US$100billion in foreign direct investment, starting at the Commonwealth Summit in London, luring investors with proposed tax and general industrial incentives. Ramaphosa also tried to reassure investors that potential changes to the ANC’s land policy would not damage the economy. With a stronger US dollar in April, the rand depreciated 5.4% against the greenback, 3.5% against the UK pound sterling and 3.6% versus the euro.